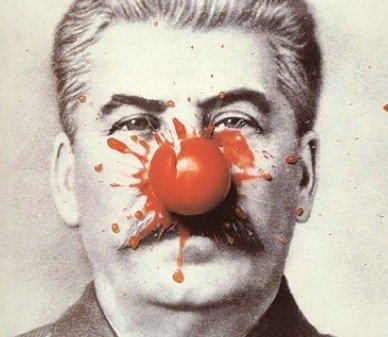 Jokes about communists have no class.

Communist jokes are like foods, not everyone gets it.

Here are some jokes from Soviet Russia.

Rabinovitch, do you often read the newspapers? " "Of course, how else would I know that we live a happy life?"

Three drunk soviets are sitting in a car: one of them is driving, the other two are wondering why he's sitting in the backseat.

From socialist Romania: In a bathroom: “Have we got any hot or warm water?” “Yes we do but it’s cold”

Agent #1: "Comrade, what do you think of our glorious Soviet Union?"

In an obscure town of central USSR, a guy enters a shop and asks to the shopkeeper: -I'd like a loaf of bread, please. -I'm afraid you're mistaken Comrade, here is the shop without meat.... the shop without bread is next door.

Hans, a man from West Germany decides to move to Eastern Berlin. His mother tells him: Hans, my boy. From the first moment that you cross the Iron Fence, you are in dangerous territory. Don't dare to write to me that there is something bad in a communist country. In your letters, you will use a blue pen if you are telling me the truth, and a red pen if you are lying. About 2 weeks later, the first letter arrives, and every word is blue. My dear mother, The 2 weeks that have passed were enough to make me love East Germany. The people are great, the system cares about everyone, and generally, there is a very pleasant atmosphere. The only negative is that I can't find a red pen anywhere.

Why do KGB agents travel in teams of three? - One can read, one can write and the other one keeps an eye on the two dangerous intellectuals.

Stalin visits farmers near Leningrad, and asked: "how much potatoes do we have for the winter." The farmer says: "ooh...we have enough potatoes to reach the feet of God." Then Stalin says: "this is the soviet union, there is no god." The farmer is relieved and answers: "good there ain't no potatoes either."