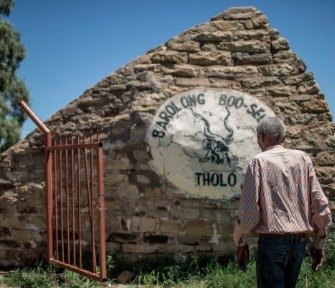 The civil rights organisation AfriForum instructed its legal team to get involved in the traditional leadership case of the Barolong Boo Seleka Traditional Council of Thaba ’Nchu near Bloemfontein.

This action follows the decision by Ace Magashule, former Premier of the Free State, to end the rule of the ruling royal house of the Seleka Barolong, which covers a period of 140 years. This decision was based on a report by the Commission on Traditional Leadership Disputes and Claims (CTLDC).

“Traditional leadership is a core element of our cultural identity and communities cannot afford that these institutions be undermined and dismantled by political interference. There was no proper consultation with us as the ruling royal family and as we sit here today we do not know what the future holds. It is very sad that a royal family is treated with so much disrespect by government officials,” says Princess Gaboilelwe Moroka (Motshabi), Spokesperson for the royal family.

“Traditional councils are community institutions that play a very important role within communities in South Africa. We cannot allow these institutions to be paralysed by the same kind of patronage that caused so much negative consequences for citizens of our country,” says Barend Uys, Spokesperson for Intercultural Cooperation at AfriForum.

Afrikaners and the Seleka Barolong have a long history of good relationships and cooperation. It started in 1836 when Chief Moroka II came to the aid of Hendrik Potgieter and his laager after they were attacked by a Ndebele force of King Mzilikazi Khumalo.